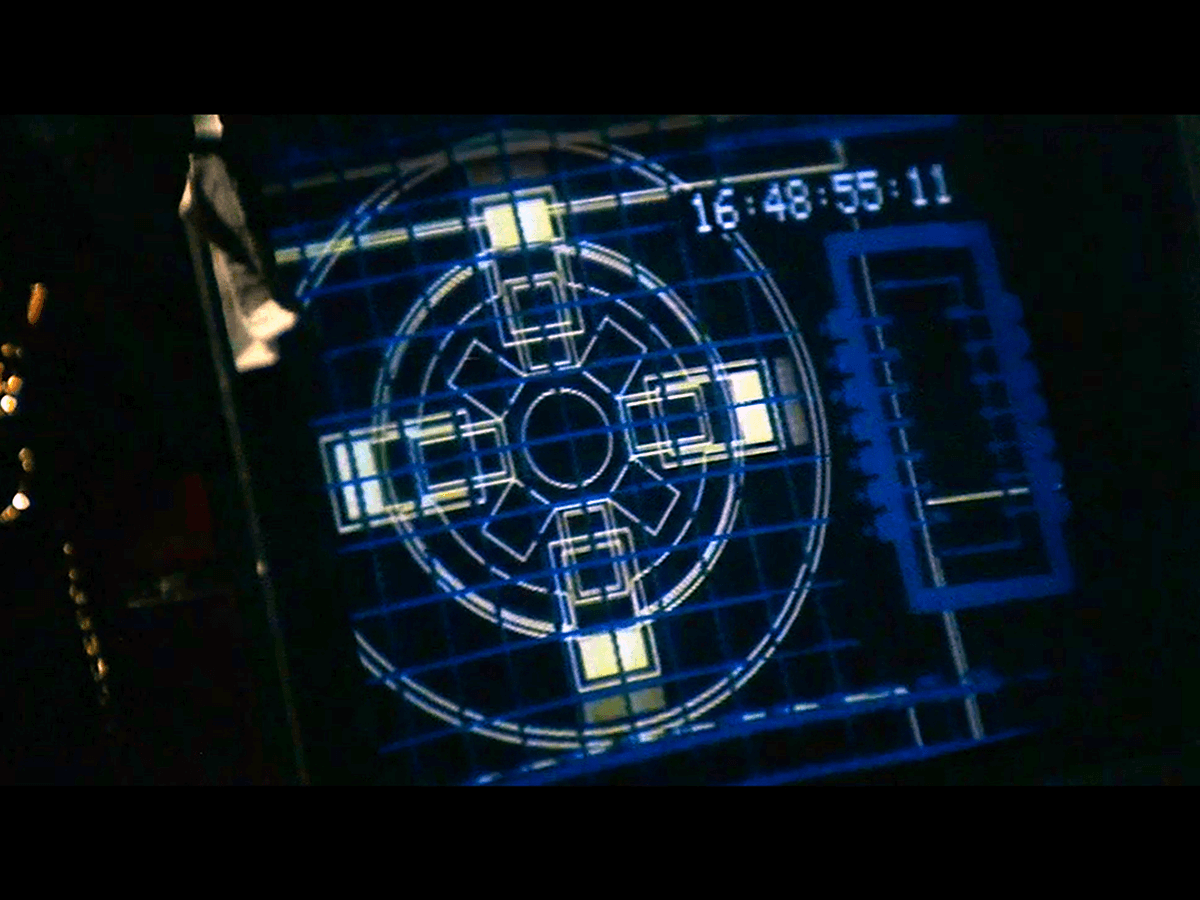 Thanks to Bea Haut and Dr. Dean Todd and the Arts & Digital Industries Department at UEL I’ve been able to continue to research TP’s work.

The Tony Pritchett Archive contains several cans of 16mm and 35mm animated footage that he created for Alien (1979).
The archive also includes lots of printed materials relating to the film – like for example his development sketches for the ‘Docking Sequence’: 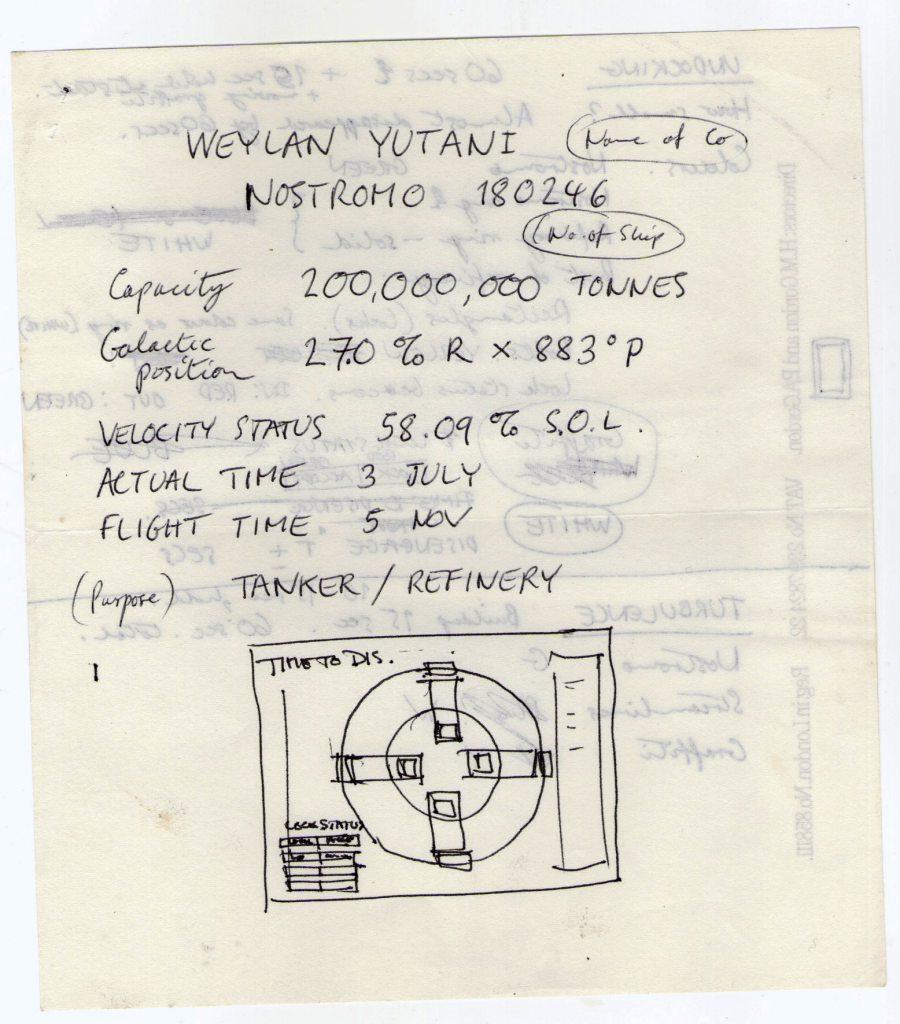 Animation by Tony Pritchett at System Simulation. Seq. starts at 01.49 secs.
Blink and you’ll miss it.

This docking sequence is well known to film buffs, because it was infamously re-used in Blade Runner, (1982).

But did you know that TP and colleges weren’t credited for their work on Alien?

And that the Blade Runner production team re-used TP’s work in without permission or payment?

And look at this… Great Scott!:

TP’s not around anymore so I can’t ask him if he designed the original graphic. Whether he did or not he sure spent a long time figuring out how to animate it. Since he was a big sci-fi fan, it would’ve been nice to point out the LAPD HQ design to him. Mind you, I expect he was aware of it.

Gaff: “Too bad he got ripped-off. But then again, what animator doesn’t?”

Anyway, TP didn’t seem to mind his work being re-used.

Hey! I wonder if I can re-use any footage from Ridley’s films without permission from the nice people at 20th C Fox and Warner Bros?