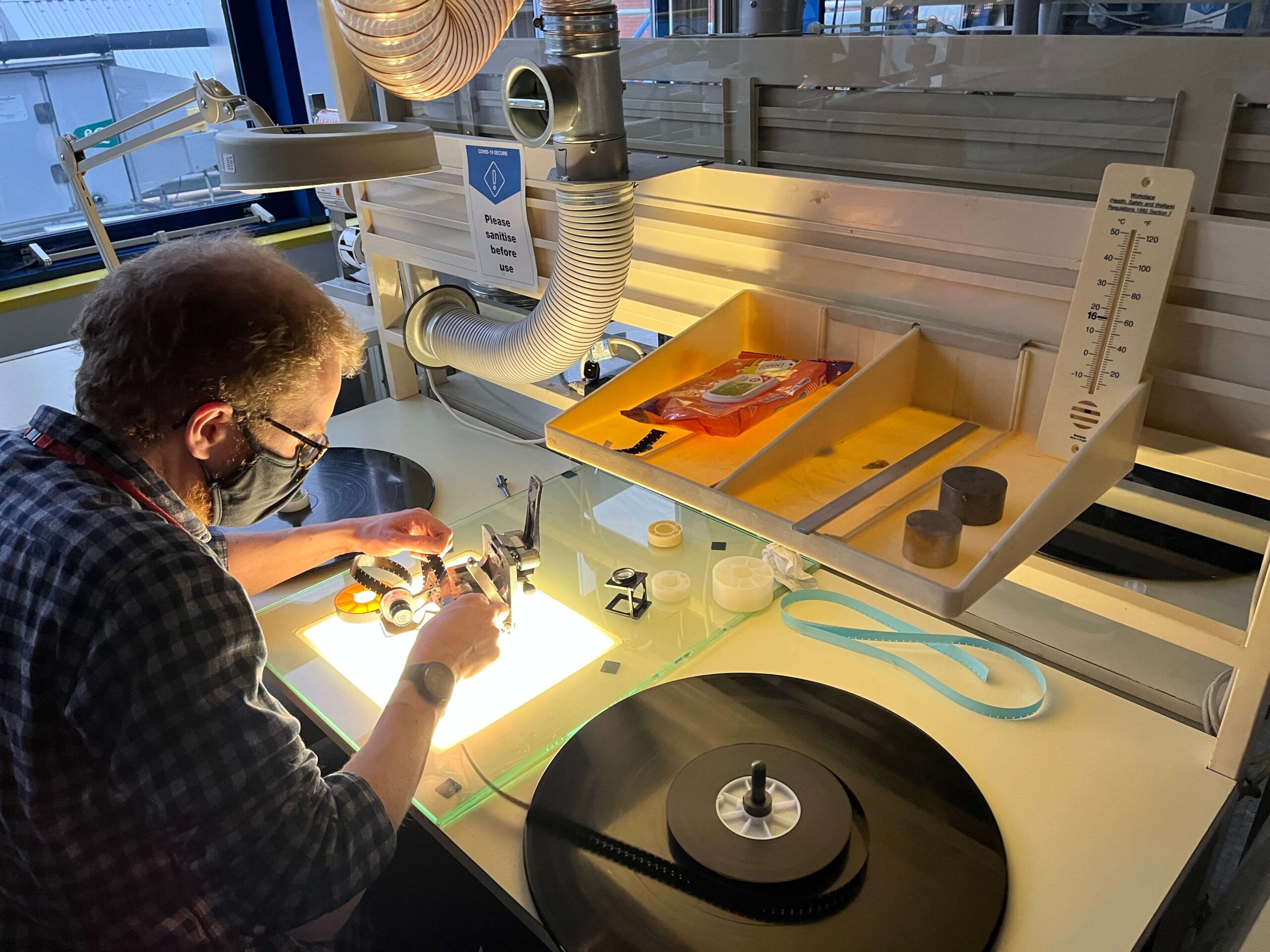 An illuminating day out at the BFI National Archives, Berkhamsted. Thank you Jez Stewart for your time and expertise. (Photo by Cerys Hogg).

In addition to this, Jez has kindly looked into the possibility of the BFI digitising a number of films in the archive. In order to to this, an initial inspection of the physical state film stock has been done, (see above).

A HD scan of some materials was also done, which will enable me to move forward with my documentary project.

A huge thank you to Jez Stewart and the BFI.