BFI Master Film Store in Warwickshire is designed to house 190,000 canisters of volatile nitrate film and 240,000 acetate reels at minus 5 degrees Celsius, in a controlled humidity environment – and it looks a bit like The Flexipede. 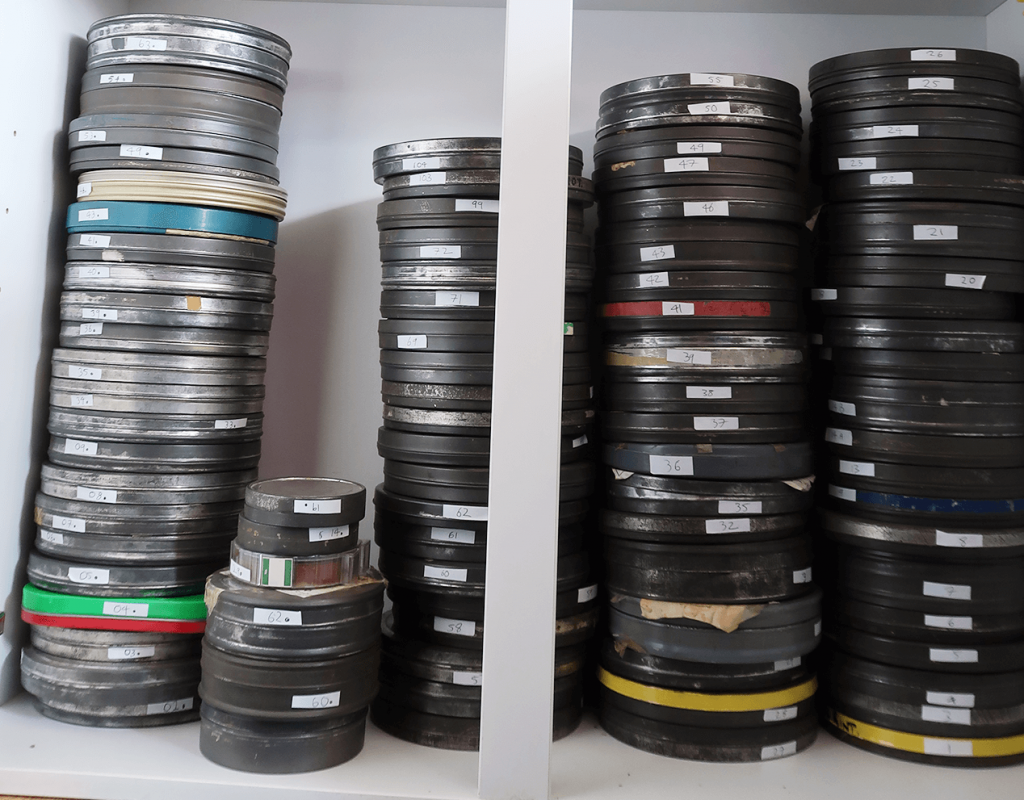 I’m incredibly happy to report that it is possible that the BFI will be housing all of Tony’s film work.

It is currently stored at a cool temperature in my garage, along with 19 Umatics and 19 VHS tapes.

Jez Stewert Head of Animation archives at the BFI has kindly been providing archive preservation advice and offering me assistance with my research.

Thank you so very much Jez.