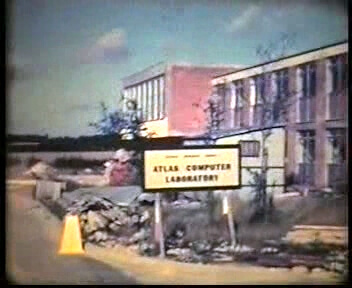 I asked Prof. Bob Hopgood some questions about the early computing industry and he was kind enough to answer them.

This is a bit of a long blog post that only skims surface details, but I’m posting it partly to remind myself that I have the info.

K: Please explain a little about how you got into computing:

B: Starting with the 1950s: nobody was really interested in computing as a discipline. For example, I went to a College in Cambridge from 1956-1959. There were about 100 students per year of which 40 or so were doing humanities (history, English, law, organ), 50 doing science (physics, chemistry mainly), and some small groups including 4 mathematicians. The Maths syllabus never mentioned computers at all in the first two years.

In the third year we got introduced to a branch of mathematics called numerical analysis. What happens if you try and calculate an integral or solve a partial differential equation using a hand calculating machine. Because of the limited accuracy you lose significance. The more you add, multiply, divide and subtract the less accurate is the answer until eventually you get rubbish. How do you solve this.

As an optional extra to this course you could do a practical in the afternoon involving hand calculators (mostly broken) that demonstrated the problem. It was not compulsory to attend this practical so after one attempt at using 20-year old hand calculating machines I gave up and played hockey instead.

So mathematicians leaving Cambridge had practically no knowledge of computers. They knew they existed and that they probably worked better than 10-year old broken hand calculating Brunsvigas but that is all.

So the four maths students chose jobs that would involve mathematics. One became a scientist in industry, one stayed at Cambridge as an academic for the rest of the next 40 years being involved in mathematics research, one went to Harwell to work on ‘atomic energy’ and the fourth went to Manchester University where they did have a computer. That was Brian Napper.

Making Hydrogen Bombs and Nuclear reactors were the coming things. Thermonuclear fusion producing immense energy for free was just around the corner (still is 59 years later).

Computing was of interest primarily to mathematicians; Practically no computers in the UK; Shell had a Ferranti Mercury; Atomic Authority had several. BTM (Tab) became ICT, offered me a job running their linear programming group despite the fact that I knew practically nothing about the area; Shell offered me a job at their London Mercury office doing ‘calculations’; and I took the job Harwell offered in the Computing Section of the Theoretical Physics Division at Harwell on the basis of the questions they asked mt at the interview, primarily in the area of differential equations. I don’t think I thought I was going into a job in computing although they might ask me to use a computer as they had a Mercury like Shell. If asked I would have said I was a Mathematician.

In 1959 I had an office with a Marchant electric calculator and I punched cards or tape for input to computers by operators locally.

By early-1960s it had changed a bit although most people Atlas (ACL) recruited were still mathematicians but there was now an additional fourth year at Cambridge you could take in the Cambridge Maths Tripos that gave you an introduction to computers. Similarly in Manchester.

Early on, 1962-63 ACL recruited number theorists from GCHQ, and Bletchley, with some computer background, some scientists to support users in chemistry etc and only two people out of about 20-30 who had used a computer before. One from Manchester University and one from Aldermaston.

In 1964 Atlas arrived and I had a local computer with real power.

In 1966 I had an office with a mechanical Facit and I punched cards or tape for input to computers by operators remotely.

By the mid 1960s (1966 onwards) things had changed significantly. Most universities had computer courses, people believed their speciality was ‘computing’ and the whole area took off. ACL now recruited people with a background in computers.

I still punched cards for input to computers by operators locally.

From the early 1960s to early 1980s computing changed significantly:

(2) 1970s all the fundamentals of computer graphics arrived

(3) Interactive editing was possible for most people by 1970

K: Is there some truth in the British boffin being someone working intensely on a project, for love not money on a shoestring budget?

What USA has is money for startups with low expectation of returns. Knowing it is a gamble. The UK has never understood that concept.

What USA has is Clout that they use aggressively. That runs from the President down to the Dog Catcher.

K: Did you ever come up against lack of funding?

B: Funding problems came and went.

> Government pumped money into research then removed it

> Funding Atlas early on was good

> Took many years to get some things approved (eg SC4020)

> Some projects were very successful: Interactive Computing Facility for example

> NRDC was a pain in the neck

> I had projects where we lost 80/90% funding with almost no notice.

> Had 40 people with no funding for example.

> Funding in USA in many cases was MUCH WORSE than UK.

> State universities were poorly funded, much worse than the average UK university

ABOVE: A short film featuring the ICT 1900 Series.

K: How did it feel when computers became more ubiquitous? Was there in a sense a sort of ‘loss of magic’?

B: Ubiquitous was not a problem.