Above: Tony Pritchett and 'The Chilton Atlas' (console). The 'Atlas Laboratory' was situated at Harwell A.E.R.E. (which is now home to The Rutherford Appleton Laboratory). Photo by Nigel Kellaway.

Professor David Duce, Dr Victoria Marshall and myself gave a lecture on how (we think!) Tony Pritchett made Britain’s first piece of computer animation, The Flexipede.

The talk was based on some software archaeology, primarily carried out by Prof. Bob Hopgood and Prof. David Duce, with help from Dik Leatherdale.

The idea for the project was originally proposed by Dr. Victoria Marshall, who provided key historical context in the talk. I also played my small role as ‘accidental genius’ / coffee maker.

I’m delighted to report that we are all extremely proud that our celebration of Tony’s life and work was so well received by such a wide audience.

Many thanks to Prof. Bob Bingham, Dr. Victoria Marshall and RAL for making the lecture possible.

I’ll be creating a post about The Computer Arts Society’s help with this project, but for now I just wanted to thank Dr. Nick Lambert, who kindly helped me collect the archive from Tony’s house in London.

And finally a huge thank you to Tony’s family for making it possible to temporarily house and research the archive and Tony’s work.

Below is a link to an abridged version of the RAL Lecture.

Read more about the coding project in a paper by Professor Bob Hopgood, here.

In 1967, Tony Pritchett used the Ferranti Atlas computer at London University, a nuclear fusion laboratory, and a squeaky office chair to create a short film featuring what is arguably the world’s first computer-animated character.

The following year, all two minutes of this whimsical little film were premiered at Cybernetic Serendipity – a flagship exhibition of art, music, mathematics and sculpture which blurred the boundaries between arts and sciences and changed the world’s view of computers as more than just automatic calculating machines.

Sadly, Tony is no longer with us, but this talk sets the scene for the making of The Flexipede and its connection with the Atlas Computer Laboratory. It illustrates how Kate got to know Tony and learn more about his work, and how a chance remark led to the use of three home PCs, another research laboratory, and a lot of coffee to scan thousands of punched cards.

Finally, the talk will give some insights into techniques Tony used in his program and reveal whether we really have rediscovered the Flexipede. 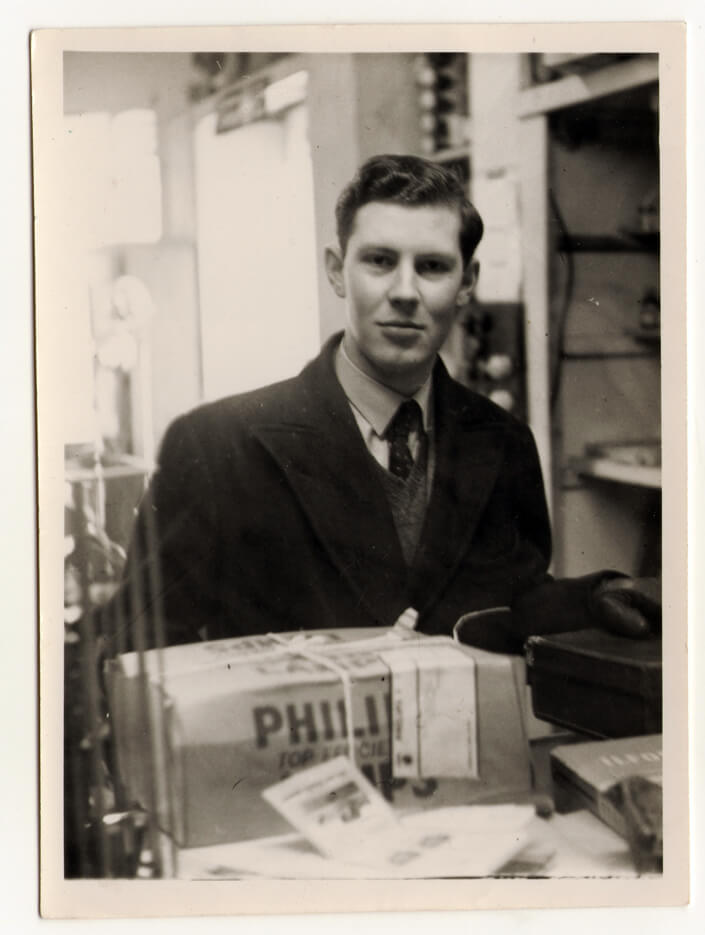 “I think I would have liked to be an explorer, actually (chuckles).
… I’m not sure I would’ve liked to have been an arctic explorer, that’s a bit cold for me – or even a jungle explorer… But I do like the idea of exploring – new territories”.

> I mix my words up and say that Tony was watching his ipod when I met him – he wasn’t watching it. He asked me if I’d like to watch his film.

> I accidentally omit a line about Tony creating ‘the illusion of life’ in relation to The Flexipede – and also that the first ever computer animated character (which also happens to be the first computer generated imaginary creature), opens it’s eye in Tony’s film.

> When thanking James Holcombe at No.W.Here, I don’t add that Bea Haut and Dean Todd at UEL allowed me to view cine materials after No.W.Here was forced to close due to rising rent prices in East London.