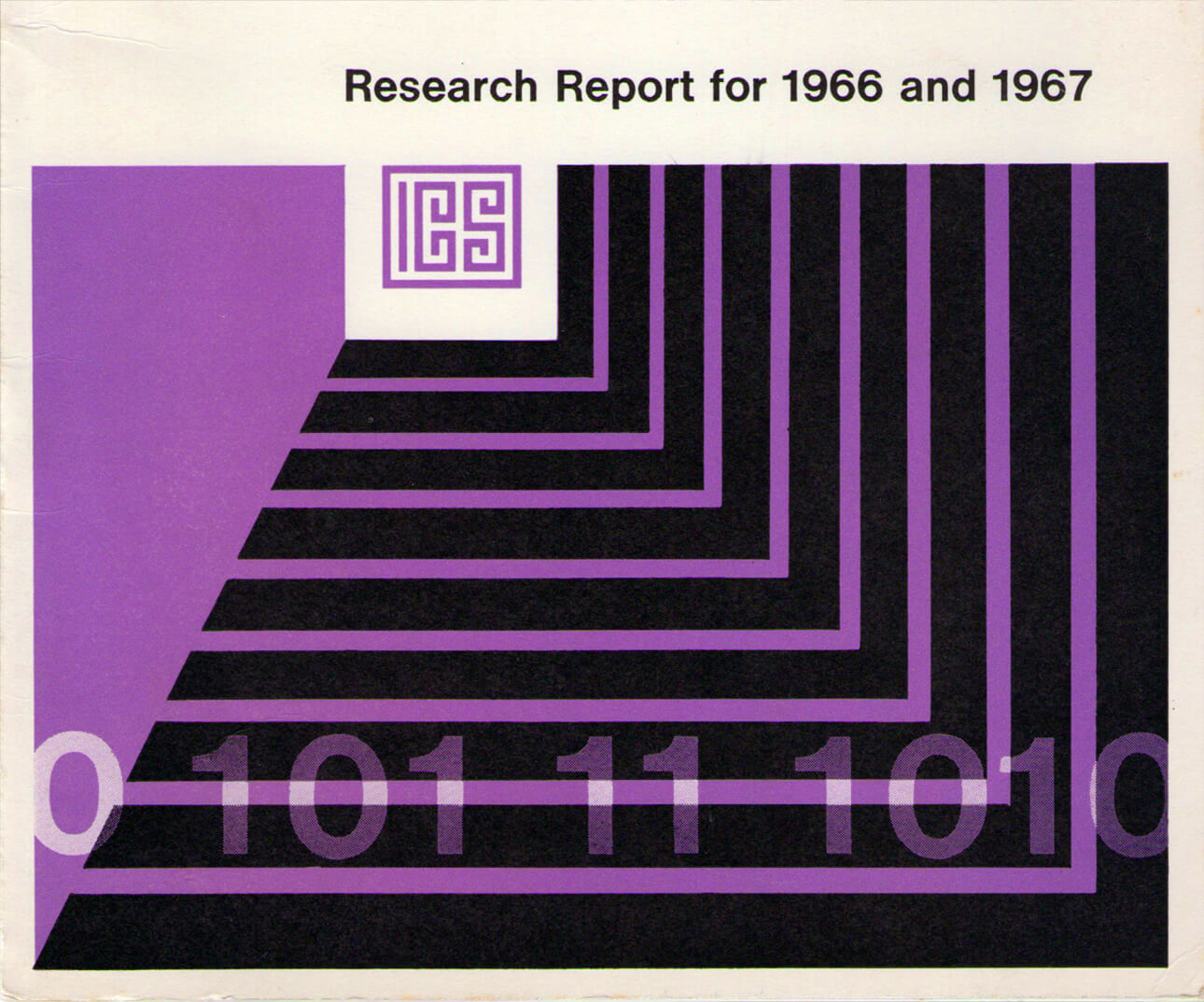 “It became clear that with the computer techniques currently available, the tedious and time consuming film method has an overwhelming advantage in respect of cost.” Of course nowadays the opposite is true.

When TP got his funding from The Institute of Computer Science in 1967, he could’ve made anything in order to explore the possibility of computer animation.

He chose to make a humorous cartoon with whimsical sound effects.

TP received no further funding after completing The Flexipede. His mentor Dr. Benedict Nixon continued to work at the institution, but as far as I know, stayed clear of comical caterpillars.

I wonder if mixing science with comedy back in 1967 at a super serious scientific institution was a bit of a no-no? Perhaps not with the majority or scientists and students?

There’s very little information on the ICS online and TP never went into detail about how the film was received, so I asked Dik Leatherdale if he could kindly shed some light on what it might have been like working at the ICS c. 1967 – and how he thought TP’s project might have been received…

Dik: “I think the best I can do is to indicate the sort of ‘mood’ which pertained at Gordon Square in the late 1960s.  You will recall that the period was one in which ‘anything seemed possible’.  Or at least it seemed so at the time if you were young and a touch naive.  And most of us were young – in our twenties – I was 19 when I arrived.  Programming was assumed to be a ‘young man’s game’ and we thought it unlikely that we’d still be at it in our 40s.  Yet here I am at 72, still exploring, still learning.

The atmosphere was friendly and co-operative.  If any of us at ACS needed help, there was never any question about approaching our colleagues at ICS – help was always given and willingly.

So I would assume (and I stress, I wasn’t there) that Tony’s efforts would have been met with a ‘gosh that’s clever – I’ve not seen that done before’ sort of attitude.  At worst an amused tolerance.  Or perhaps a ‘Yes, but what use is it?’.  But I can’t imagine that anybody would have been censorious.  The field was still new – lots of people were exploring the limits of what could be done.  Sometimes with consequences some to disappear without trace.  But it was all pursued with vigour and enthusiasm.”

Dik Leatherdale (above) has very kindly been helping me research the history of the ICS and other organisations offering access to computers.

More about that in the eBook and possibly this blog too.

Thanks ever so much, Dik.

TP was a big Adams fan. It would be nice if it was from one of TP’s VHS tapes in my garage, but it’s actually something that I found on YouTube.

I know there’s a lot of mixing of comedy, science these days, but I just like the way he describes the connection.

Finding a funny idea by jumping from A to C reminded me of some of TP’s leaps of logic like finding the footsteps of the Flexipede in the sound of a squeaky office chair.

And finally, here’s an ebook project outtake – my friend having a laugh about punchcard mix-ups at the London University Computer Service

We’d been looking at some of the punch cards from The Flexipede and were packing up – when TP told this story.

FYI the box at the start is full of Flexipede punchcards.

! There’s a LUCS  / ICS connection, but thats a whole other story. Many thanks to Dik Leatherdale for telling me it. I’ll be relaying the info in the eBook.

! And finally here’s one more nugget, kindly donated by from Dik Leatherdale. It’s on the subject of the Institute of Computer Science:

Dik: “Did any of this activity bear useful fruit?  Probably not much.  But the late Eric Nixon, together with John Buxton (Kings College London), David Hartley, David Barron and Christopher Strachey (all Cambridge) developed the CPL programming language which was an almost unmitigated failure…